I kicked off the month with a weekend trip in celebration of music, arts, friendship, and all that jazz. I went to the Malasimbo Music and Arts Festival in Puerto Galera, Oriental Mindoro.

Basically, it was a trip with very minimal plan. Very minimal plan. I actually found out about it when I saw a post in Joss Stone’s Facebook page about a gig in the Philippines. See, Joss Stone, together with Paolo Nutini, is in my bucket list of artists to see perform live. It took me about two weeks to decide whether or not I’m going and was lucky enough to have two friends who want and can go with me.

Anyway, back to Malasimbo.  Due to time and budget constraints, we decided to go the the third night only. Let me give you a play-by-play. We left Manila a little before noon. We took the bus to Batangas pier, the entire trip taking two hours. Upon arriving at the Batangas pier, it was an easy transition from bus to boat. There are people there calling out to whoever is going to Puerto Galera. There are several shipping lines but we decided to take the Minolo Shipping Line. The good thing about this is that they follow the schedule so the boat leaves whether or not it’s full. In this case, there were only seven of us in a boat made for around 50, which means that the usual 2-2.5 hours boat ride was whittled down to 1.5 hours.  We docked at White Beach, Puerto Galera around 2pm. It gave us time to lounge around the beach and have a couple of beer and chips.

At around 5pm, we took the designated shuttle to the festival grounds at Mt. Malasimbo. We hiked down to the amphitheater, passing by several installations and views along the way.

The festival has around 20 artists with art installations. Unfortunately, since it was already dark, we weren’t able to see all of them. Here are a few that we did see: 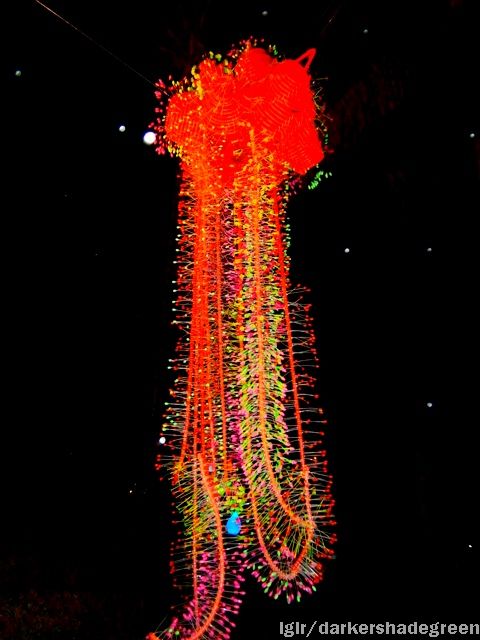 As we went exploring, we also stumbled upon a small replica of a Mangyan Village. The Mangyans are the indigenous people of Mindoro. Mangyan is a collective term for the 8 tribes that occupy different regions of Mindoro. Each of the tribes have their own distinct dialect, customs, and ways of living.

After a little exploring, we settled down at the amphitheater with our food, drinks, and whatnot. We got there pretty early so we got a spot that’s quite near the stage. They have a pretty stellar line-up of band, may I just say. Starting with..

I discovered Yolanda Moon a few months back over in YouTube. I absolutely love them. The voice on that girl is just marvelous. The guy’s not too bad, either. In fact, I love their sound, which is a mix of soul, psychedelic, and electronica. They had a full band set-up at Malasimbo, and they were really great. Certainly artists to watch out for in the Filipino music scene.

Similar Objects is a music producer that’s apparently a staple in the festival. This year, he brought a little experimental band. He basically brought with him a violinist, a guitarist, a bassist, a rapper, and 2 female vocalists. Okay, I have to be really honest. He should ditch the vocalists. The voices on those girls are just really, really terrible. Horrible. So horrible I would rather listen to Nicki Minaj for 4 hours straight instead. Seriously, when the two girls started singing we were like, “what the fuck was that?”

But when the other people left the stage and he was left alone, he totally killed it. Amazing guy.

Now, this was the guy who got us on our feet. Wonderful vocals, wonderful band, very infectious energy and very passionate. Also, I loved that they sang Bill Withers’ Lovely Day. He also ended on a very high note with his original, 2012 OPM Song of the Year on Magic 89.9, “Sige Lang.”

This lady needs no introduction. I have been (semi) obssessed with Joss Stone since 2005. I mean, have you heard the pipes on that girl? Amazing. I have never seen someone perform with so much soul and emotion. And as much as I love listening to that voice or watching her performances on video, she is so much better live. She has this ability to let a song just fester and evoke emotions in her listeners. Plus, she’s very gracious, very humble, and natural. So, excuse me for this mini-flood of photos of the absolutely mesmerizing Joss Stone. 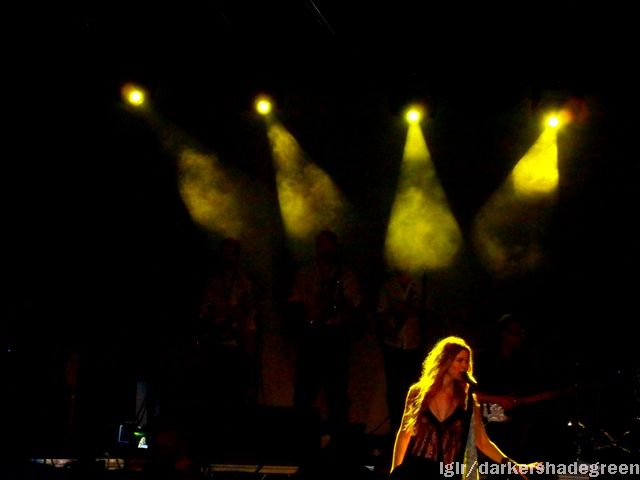 The thing is, I stumbled upon the festival because of Joss Stone. But the whole thing (even though we only joined one night) was a great experience. Something I would absolutely love to do again or maybe even volunteer for. The people there are very diverse and very friendly. Also, so much happens in between musician sets, especially later into the night.

Case in point, these guys who got hold of a full branch of a coconut tree and went around from the back of the crowd to the stage blessing people with it.

I think that Quest said it right, that Malasimbo is a festival of love and dreams. I have to say, a loooot of people did experience a lot of love and dreams there. Seriously, though, it was not just through the music but also in the lull in between sets when you lie down on the grass and look up to skyand see the stars (or in my case, the coconut tree) that you really feel that you are one with nature, that the Earth gives us so many old and new wonders every single day. 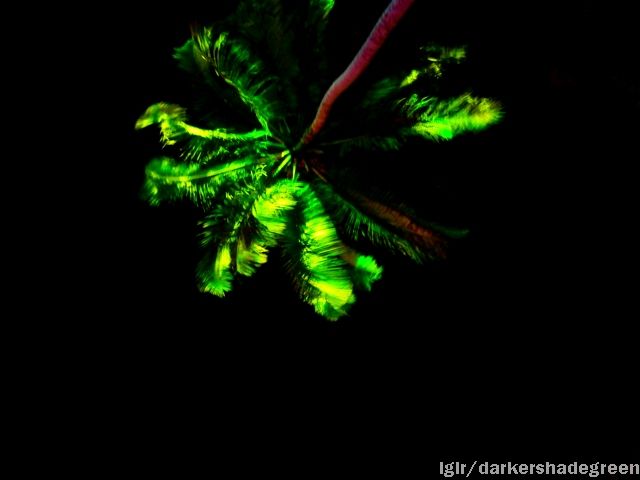 It has been a couple of years since I last went to Galera so I decided to spend the following morning just lounging around with a friend. As it’s name implies, Puerto Galera White Beach boasts of a white, fine sand beach. Since it was a Monday morning, the beach was pretty empty and we had a great time lounging around.

We started with breakfast at the beach. We walked along the establishments for a couple of minutes until we came upon Food Trip Chicken Inasal. In terms of ambiance, you’ll see why we loved it there. Just look at our table: 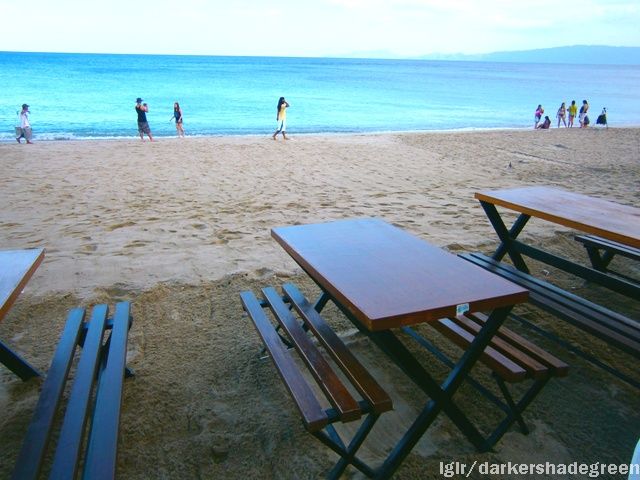 The food is classic Filipino comfort breakfast; fattening but oh-so-delicious. And at Php 99.00 for tocino, 2 sunny side-up eggs, and a cup of rice, it has great value for money.

After breakfast, we just wasted time lounging on the sand, waiting for noon. This is our view:

We got a little hungry and decided to have a little snack. Though our definition of “little” and “snack” seems to be different that morning. We got the Pancake Volcano. It’s a humungous six-layered pancake with fruit bits and chocolate syrup.

I had to leave with the noon boat so I got ready. By chance, the boat was running a bit late so they shuttled us off to another port and I was able to briefly see the inland. The boat picked us up at the port where the Puerto Galera Yacht Club was.

I left the island around 1pm, arrived at Batangas pier around 3pm (the boat was full and the waves were very high). Got to Manila by 5pm.

1. Malasamibo Music and Arts Festival is an annual international festival that started in February 2011. For more information, and to be updated for next year’s schedule and lineup, visit their website here: Malasimbo Festival

2. There were moments when I see cameras raised up in the air recording the performance. Okay, I know you guys want to semi-immortalize the fact that you saw an artist perform live, but, really, record the whole thing? Dude, the reason you’re there is to see them live. So, why choose to watch them on the screen of your camera when you can put that down and watch them in person? Also, it’s irritating to the person behind you whose view is blocked by your camera.

3. There are several buses going to Batangas pier. We took the Jam Liner from their Cubao terminal. Bus leaves every 30 minutes and fare is Php 175.00 per pax.

4. Boats from Batangas pier to several points in Puerto Galera are also scheduled. For Minolo Shipping Line, the boat we took, a one-way trip costs Php275.00. They also offer round-trip tickets at Php500.00, with the return ticket open. You just need to schedule and have your ticket validated the day before you want to leave

6. If you’re staying for some time, it’s better to book accommodations ahead of time. If you need any help in bookings and such, try Meego Travel Services. They could also help you with contacts on other different activities in the island

7. Puerto Galera, and Mindoro in general, is an island of rich natural resources. If you’re looking for more than lazy-day beach lounging, there are a lot of people offering island hopping tours and inland attraction tours

8. As with anywhere, don’t litter, look after your belongings, follow rules, minimize human damage, and respect the people and culture