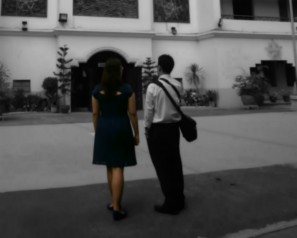 The Good Woman or, what to be before expecting a good man

Recently, I’ve been reading a lot of articles about finding “Mr. Right” or the characteristics of a “good man.” While there’s absolutely nothing wrong with that, I can’t help but notice that the articles all say the same thing. I don’t know if it’s just me but, if you think about it, these articles kinda paint women in a bad light. It assumes that women are selfish drama queens with nothing better to do than be emotional and demanding.

Okay, harsh. Not all of them are like that but they basically say that a good man is one who will be able to understand and put up with all the shit you keep handing him.
There’s nothing, absolutely nothing, wrong with making sure you find the right man. After all, this is the rest of your life at stake. But while we heap these requirements on men, has anyone ever stopped to think if we’re worthy of a good man? Did anyone ever stop to think if she’s a good woman?

And before you accuse me of being such a know-it-all, I have to say that I have no illusions of being a perfect woman. I am so far from it. And though I try my best to be a good woman, I know I have my hits and my misses but because I’m lucky enough to have such a good man in my life, I keep trying. Plus, I have friends and cousins who are good men and I always wish for them to find good women. So, here goes.

A good woman supports her man’s dreams and goals.

And I am not just talking about being the head cheerleader to her MVP, though that really helps a lot. I’m talking about actively helping her man achieve his goals. Giving suggestions when he’s fresh out of ideas, comforting him when needed, and pushing him if that’s what it takes. In Matthew McConaughey’s speech in this year’s Golden Globe Awards when he won Best Actor for Dallas Buyers Club, he said “my wife, Camilla who has not only put up with me after all this time…but for the past three years kicked my ass out the door and said go get it, go get it McConaughey.” I loved that part, not because he was so sweet when he said that but because it just showed how much he valued and needed his wife’s support.

A lot of women ask this of their men but forget to do the same. Most of the time it’s because we’re so fixated on our own dreams and goals and the men just seem so focused and unfaltering in their direction that we forget they need us too. A good woman understands that her man has his own fears and hesitations and doubts. A good woman will strive to balance that out, be a pillar, a boost for her man to get what it is he wants. A good woman makes her man’s dreams her dreams for him too, without losing sight of her own.

A good woman is confident enough to communicate her thoughts.

I’ve always been a fan of uncomplicated interactions between people; the sooner you understand each other, the lesser time spent on wasted emotions. You haven’t seen your friends for a long time? Call them up and schedule a meet up. He pissed you off by saying something that offended you? Tell him so you can discuss (discuss, as in dialogue not monologue). He forgot your birthday? Oh, wait no. Scratch that. I have a thing about birthdays. An example is this couple I overheard talking at a restaurant. The guy was asking the girl why she’s mad at him. Her answer? “Think about it.” I mean, good God, woman. Just tell him why you’re mad so he doesn’t go crazy and the whole thing gets resolved and you get to finish your meal on a happier note.

Contrary to what some might believe, understanding doesn’t equate to being able to read minds. Isn’t that what women had been griping about men? That we don’t know what it is they’re really thinking about because they don’t say it? Then why do we do it too? A good woman is straightforward; she is secure enough to be honest and confident enough to make sure she’s heard. She avoids complicating things and resolves to make her point across the quickest way possible. A good woman doesn’t resort to drama to get what she wants.

Fighting fair means no bringing up of previously resolved issues, no name-calling, no insults, no misdirection. Kevin Bacon and Kyra Sedgewick are my favorite celebrity couple. When asked what the secret to the 25-year marriage was, Bacon answered, “keep the fights clean and the sex dirty.” Funny, yes. But so true. I’ve known a lot of couples who broke up because of a fight that got out of control; they just fought over a little thing and then it got bigger and bigger. To tell you the truth, I really am anti-fighting when it comes to people important to me. Mainly because I know how harsh I can be when I’m mad but, more importantly, because I think fighting takes up too much energy and drums up negative emotions. I do understand that fights are a fact of life and that sometimes it’s needed to resolve a few things. But if you need to fight, be fair when you do.

A good woman fights clean. Though she may get emotional, she won’t let it cloud her judgement. She knows not to make important decisions rashly and she strives not to drag on fights and not bring up past issues. A good woman knows how to choose her battles; she knows which ones to let go of and which ones to pursue. She can intelligently discuss and resolve conflicts without resorting to fake tears, name calling, or mind games.

A good woman does not air dirty laundry.

This means not discussing their fights and her annoyances about her man with other people. I’ve overheard a lot of conversations between women discussing their men’s shortcomings. I’ve had other women tell me stories about how their boyfriends or husbands are this and that and the other. There’s this one memorable woman I met at the airport who spent an hour telling me that she wanted a divorce because of so may reasons. It’s fine, maybe, if you’re asking for advice from a close friend or two. But regaling a group of 10 friends with a story about that time you fought over something or discussing your man’s flaws with a complete stranger or a passing acquaintance? That’s something I’ve always wondered about. Why would you want your guy to look bad to other people?

A good woman knows when to keep things within the relationship and holds sacred the trust that her man gave her. She knows that any issue or shortcomings her man has should be discussed just between the two of them, barring abuse and life threatening situations. A good woman protects her man’s image and ensures that the people around her will not have cause to disrespect or form biased and unfair opinions against him.

A good woman values her man.

Not just saying she does but making her man feel that she values him. I’ve heard a lot of women complain about feeling neglected and, whether true or supposed, that feeling of neglect takes a toll on one’s emotions and relationships. And it’s not just a man thing. We women dish out our fair share of neglect too. This means the little things like always being late (which I am sometimes guilty of), or forgetting agreements or taking out frustrations for other things or people on him. It could be big things like ignoring and preventing him from growing in fields he’s good at and interested in or being unmindful of his feelings.

In the same way that she knows what she’s worth, a good woman knows and values what her man is worth. She understands his potential and strives to help him realize it. She cares about and gets involved with the things that are important to him. A good woman understands that she and her man are different and she strives to work with him to make sure that regardless of differences, both feel valued and special.

A good woman isn’t afraid of being feminine.

When I hear the word feminine I always think of class. And when I think of class I always think of women like Audrey Hepburn, Betty Grable, Marion Cotillard, and Rosamund Pike. These are the ladies who scream femininity without seeming weak. Come to think of it, I don’t know why people viewed femininity as weakness. Women had been told that to succeed in life they have to “think like men,” see the world the way men do, and do the things that men do. And I think this led to angry, sensitive women who get insulted when men open doors for them and get offended when they don’t. But I’ve always seen femininity as a strength rather than a weakness. A feminine woman is a woman who is strong and secure about her intelligence, emotions, and place in the world.

A good woman isn’t afraid of her femininity. She understands that being feminine does not mean she is not capable of taking care of herself or of whoever else she wants to take care of. A good woman accepts that there are some things that she cannot do and that’s not such a big deal because there are also some things that she can do that others can’t. A good woman enjoys and celebrates her femininity because she knows that empathy, gentleness, and sensitivity are traits that’s badly needed in the world right now.

A good woman respects her man.

Oh, respect. Women have always been demanding respect – for her choices, her lifestyle, her strengths, her capabilities, her beliefs. But it can be too much. I’ve had discussions when I seriously just want to smack the woman upside the head because they don’t seem to realize that in the clamor for respect, they’ve stopped respecting their men.  They’ve forgotten that men also have their own minds and priorities. Today, women want men to respect that they have other things going on in their lives but forgets that he does too and demands that she be made the center of his world. That’s how it seems to me anyway. Everybody is different but respect is something universal that everyone wants, regardless of the differences.

A good woman respects her man’s choices, strengths, capabilities, and beliefs. She does not feel threatened if her man wants to take care of her because she understands that it’s a characteristic of men, whether innate or nurtured, to want to care. And while it’s fair that she demands to be a priority, she also accepts that she’s not the center of his universe. A good woman celebrates that her man is living a well-rounded life.

This is a tired line but relationships are two-way streets. What women look for in men are the things that they should also be giving men. It all boils down to mutual respect and understanding. A good woman makes a good man, the same way that a good man makes a good woman. At the end of the day, a good relationship is one that makes each one strive to be a better version of themselves.

3 thoughts on “The Good Woman or, what to be before expecting a good man”